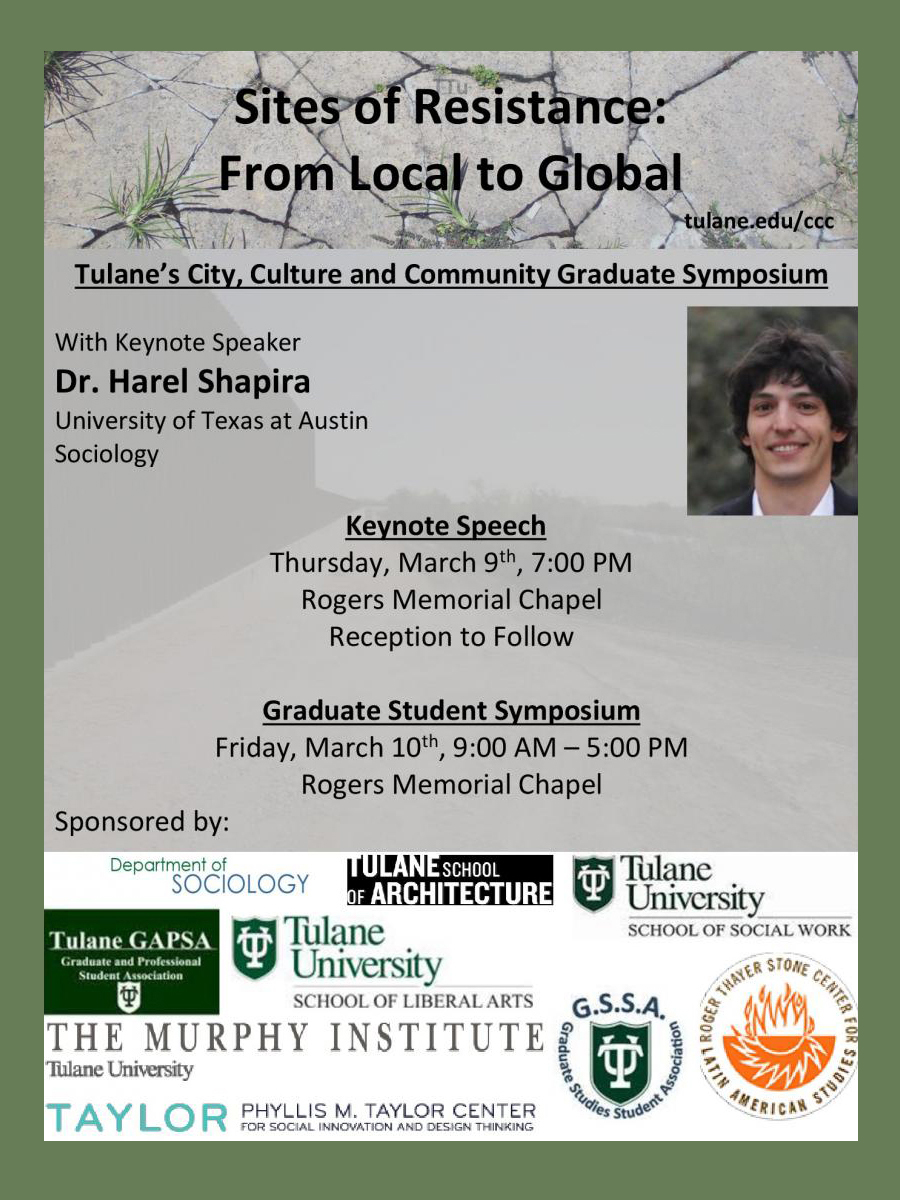 Sites of Resistance: From Local to Global—March 9-10

This year's symposium seeks to understand sites of resistance in a global context. This symposium invites scholars to present their work from a variety of perspectives, theoretical frameworks, and methodologies. We are interested in how scholars frame issues related to the following themes:

This area focuses on identity-based or culturally-based acts of resistance and resistant ways of being, such as but not limited to: politicized identity construction, subversive and critical positionality, individual acts of resistance, resistance to hegemonic norms.

This area focuses on collective acts of resistance, such as but not limited to: local to global social movements, community organizing, online and media-based activism, human rights and restorative justice.

“The Culture of Justifiable Violence in America”

Dr. Harel Shapira is an Assistant Professor in the Department of Sociology at the University of Texas at Austin. Shapira is an ethnographer who uses long-term participant observation in order to study political life in contemporary America, with an emphasis on right wing politics. He is the author of Waiting for José: The Minutemen’s Pursuit of America (Princeton University Press), which explores the civilians who patrol the United States / Mexico border.

He is currently writing a book on gun owners that explores how the notion of self-defense is deeply connected to group identity. Through fieldwork at gun schools, Shapira considers how people train their minds and bodies to use guns, and what such an education means for the future of American democracy. His previous research has been funded by the National Science Foundation as well as the Harry Frank Guggenheim Foundation. Harel Shapira earned his Ph.D. and Master of Arts degrees in Sociology from Columbia University, and a Bachelor of Arts degree from the University of Chicago where he majored in Sociology and learned the beautiful art of fly-fishing.